It takes some balls to open your disc with a robotic voice spewing out a warning that starts with, “Hello, my name is Susan. Welcome to hell.” and suggests that maybe you should take it back and get a refund. But at the very least, Suck Susan–another identity for Mr. Michael Valentine West–gives you a chance to hit “stop” before he starts bludgeoning you with a pile of scavenged sound and five-punches-a-second glitch. No Head in the Helmet takes some getting used to, and some may never get used to it. It’s divided into two sections. The first 12 tracks comprise “Reality Block.” This part ranges from the intense, grinding noise and pure assault of “Kelechi Said So” to the hip-hop flavored snap of “Superhero Micro-Skills” and “Blood Smear.” Big beats, vocal drop-ins and a load of bass keep this stretch moving. It’s not always easy. “Krush-Style Movements” feels too close to a piece that’s wandering to find its identity; “Wu Tang Temple of Bass Mantra” uses the words “Wu Tang” so much that I want to find RZA and slap him. The last eight tracks come under the title “12-Bit Dust.” The tracks here feel a bit slowed down, less glitch and more strategically placed noise-bits. It feels, often, like an intentional undermining of downtempo memes, reconfigured to play up the experimental. “Thirty-Six Double D in Repetition” pulls apart “My Funny Valentine” and sort of presses it back together with a lot of gaps purposefully showing, while a lounge beat gets kicked around by electronics. “Surrender to Water” revives the early-90s trend of pairing dance structures and opera. It’s about the calmest water, pardon the pun, on the whole disc. “Blessed by God” is a downplayed track as well, picking up a brass phrase and a backbeat laid down over a man talking about his life and why he is blessed. An old-school approach, shades of IDM’s beloved samples, that works. The final track, “End Trip,” however, is bound to piss people off. It’s five and half minutes of tiny scratches, pops and clicks, and nothing more. Sounds a lot like when a vinyl LP reached the end but the tone arm wouldn’t go up. Tucked in there, however, are beat phrases that suddenly make themselves clear before ducking back into the super-minimal wash.

I quite like Michael Valentine West’s work, but I have to admit that No Head in the Helmet made it hard to find a point of entry. That initial warning and the aggressiveness of “Kelechi Said So” are like a wall of acid you’ve got to pass through. It’s like an aural screening process. Once I could look past the noise and get ahold of the more interesting constructs–the hip-hop cred, the intricacies of the glitch-work–it got a little easier. But it’s tough work for the listener from start to finish. - Hypnagogue. 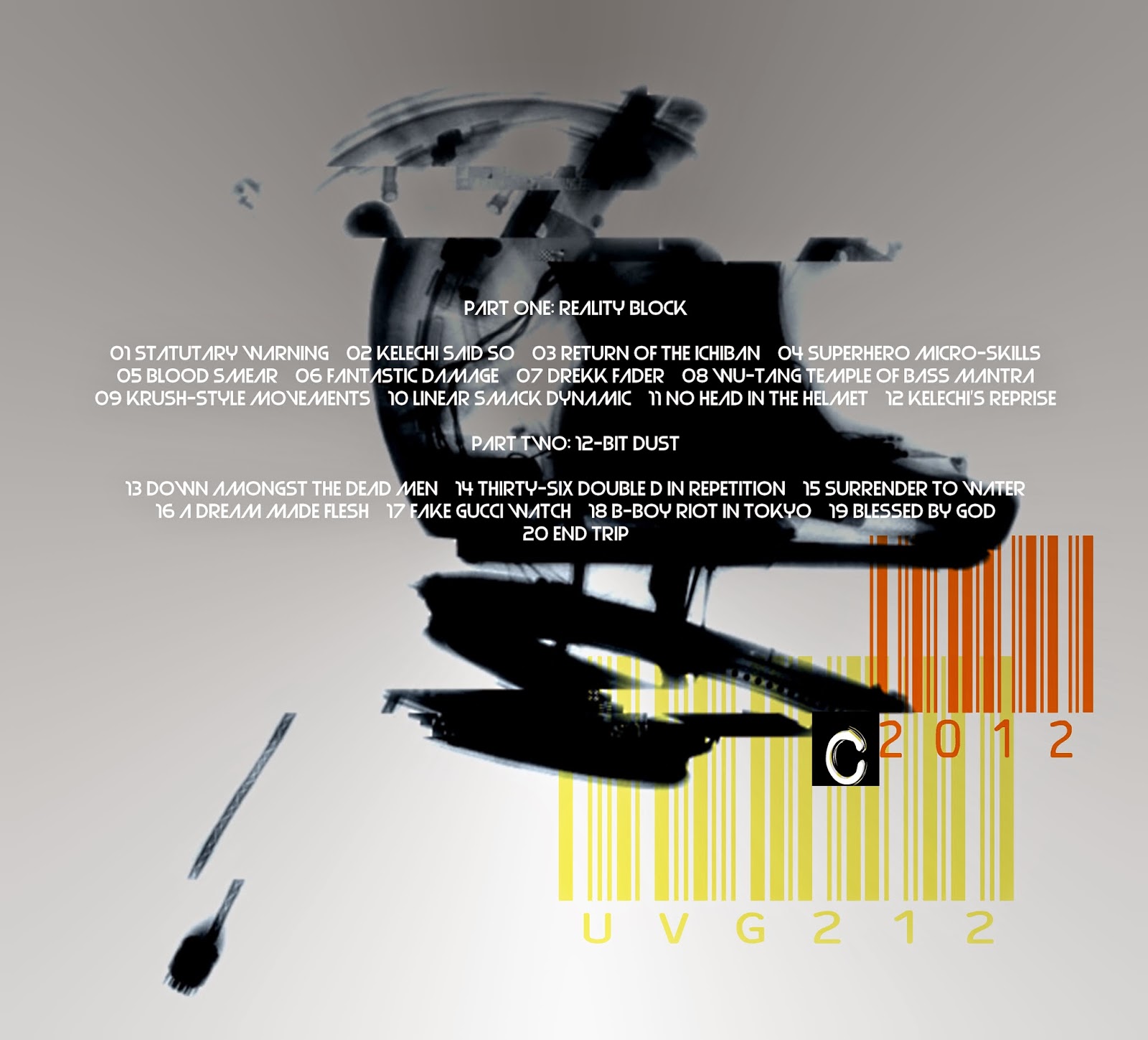